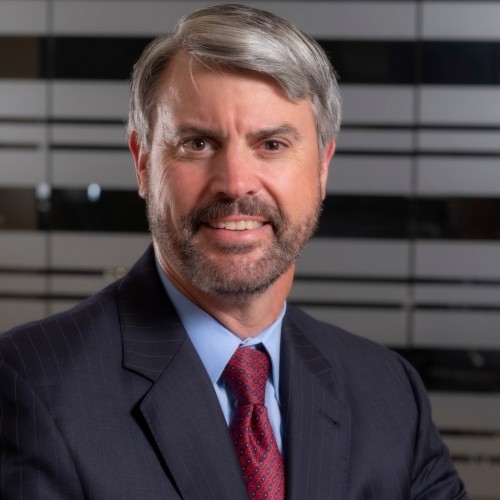 A partner at Total Spectrum, Steve Ruhlen possesses more than 30 years of government affairs experience working with Congress, the White House, an international financial services corporation, and political campaigns. He knows how Washington works from several perspectives: as a deputy assistant to the Vice President of the United States, a chief of staff to four U.S. Congressmen, and a senior vice president for government affairs for a major international bank. To develop and advance legislation on a wide variety of issues, he consistently worked with House and Senate Members, leadership, and their staffs; corporate and constituent stakeholders; and national associations.

He is accomplished in anticipating political, legislative and regulatory developments, then conceiving and implementing strategies that integrate political, legislative, business, and communications plans. He is a recognized consensus builder who identifies common interests, concerns, and points of contention to effectively advance dialogue and achieve solutions.

From 2001-2003, Steve served in the White House as deputy assistant for legislative affairs to Vice President Richard Cheney, responsible for personally briefing the Vice President on House activities, internal politics, and legislative status of the Administration’s key measures. Steve worked on key bills including post 9-11 legislation, the Trade Act of 2002, the 2001 Tax Act, and the National Energy Policy. After his White House service, Steve became a senior vice president at JP Morgan Chase & Co., helping spearhead the company’s federal government affairs team from 2003-2008, and engaging in many issues for the investment bank, the retail bank, and credit card operations.

A veteran of more than two decades on Capitol Hill, Steve has developed many extensive and long-term personal relationships with staff and Members of Congress. Most of his congressional career was spent in the Texas delegation, including service as chief of staff to Rep. Pete Olson (TX-22) and Rep. Kay Granger (TX-12), currently the Republican leader of the House Appropriations Committee. Steve stays close with the Texas delegation, a key influencer representing more than a tenth of the House Republican Conference. Steve also served as chief of staff to former Appropriations subcommittee chairman Henry Bonilla (TX) and former Energy & Commerce Committee subcommittee chairman Lee Terry (NE).

Prior to joining Total Spectrum, Steve was principal of Ruhlen Strategies, LLC.

Raised in an Army family and hailing from San Antonio, TX, Steve is a graduate of the University of Texas. He and his family reside in Alexandria, VA.