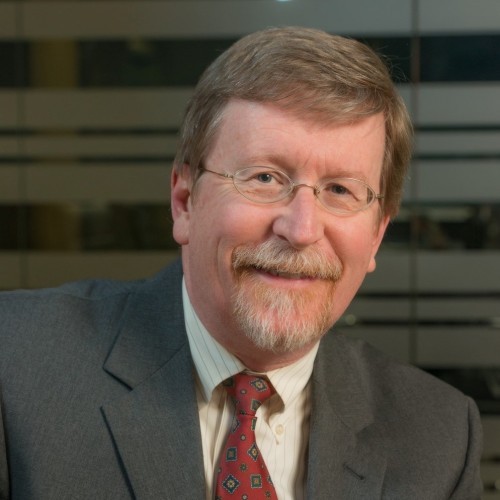 John McKechnie serves as Senior Partner for Total Spectrum, having been with the firm since 2011. In this role, McKechnie represents a wide variety of credit union and financial services providers on Capitol Hill. This follows five years in government as a Presidential appointee at the National Credit Union Administration (NCUA), where he served three Chairmen in the capacity of Director of Public and Congressional Affairs.

McKechnie’s career in the credit union industry began in 1987 as the Director of Political Action with the Credit Union National Association. It culminated in a four-year stint as CUNA’s chief federal lobbyist, heading up its federal legislative and political advocacy.

Among the highlights of his tenure at CUNA was his role in creating the nationwide grassroots campaign that created the momentum for passage of the landmark 1998 credit union membership legislation. McKechnie is also recognized for his work in passing bankruptcy abuse prevention legislation in 2005, and for propelling CUNA into the front ranks of Washington’s advocacy groups. He was named by The Hill newspaper as one of the Top 30 trade association lobbyists, and represented CUNA on a C-Span broadcast on the behind-the-scenes story of federal lobbying.

He left the private sector in 2006 when he became a Presidential appointee to the National Credit Union Administration. As Director of Public and Congressional Affairs for NCUA, McKechnie was responsible for media and congressional relations for this federal financial regulator during the recent economic dislocation. He was instrumental in the formulation and passage of the Corporate Stabilization Fund, the key legislation that enabled the credit union industry’s federal insurance fund to remain solvent and stable. McKechnie also was the day-to-day manager of a multi-media campaign that helped elevate the profile of NCUA during a time of heightened anxiety regarding the financial services industry.

During the Congressional action formulating the landmark Dodd-Frank legislation, McKechnie acted as the Agency’s principal liaison and was tasked with emphasizing the importance of carving out a separate regulatory regime for credit unions in recognition of their unique structure and role in the marketplace.

Prior to joining the Credit Union National Association, McKechnie served as a congressional aide to Representative Stan Parris (R-VA), and as campaign manager and press secretary for a number of gubernatorial and legislative campaigns throughout the Mid-Atlantic region.

McKechnie is a frequent speaker at conferences and financial institution planning sessions, and is a contributor to national publications such as Bloomberg, the Wall Street Journal, Credit Union Journal and Credit Union Times. More recently, the Credit Union Times recognized McKechnie as one of the “CUTimes25,” a ranking of credit union movement leaders who have been most influential over the past quarter century.

He is a 1983 graduate of Loyola College in Maryland, and resides in Bethesda, Maryland.